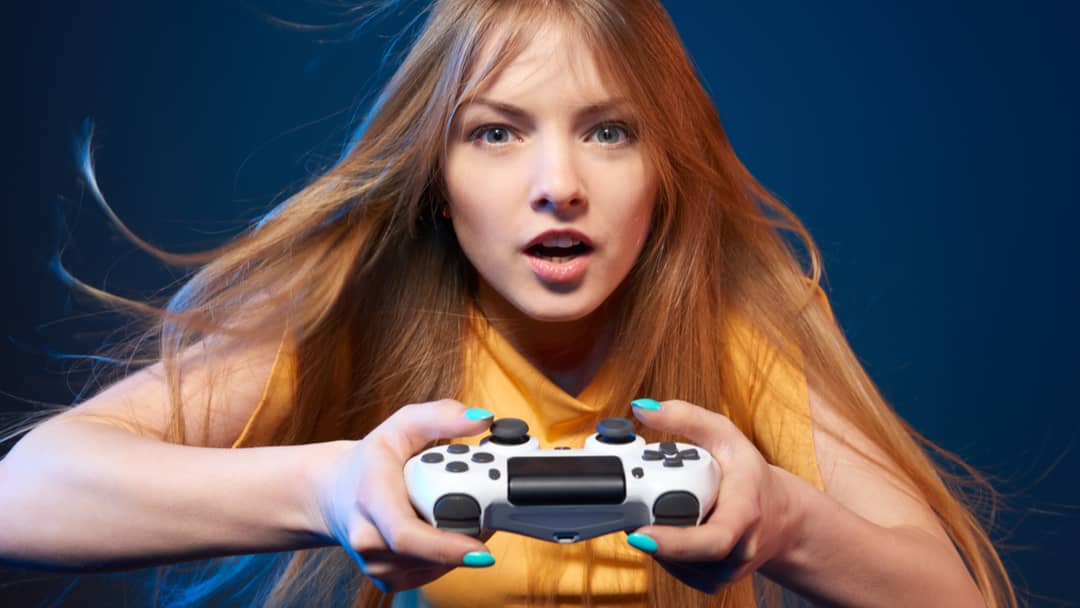 Our brain reward system is designed to compete. It keeps us alive.

When our ancestors caught a wild animal for dinner, their brains sent a shot of the pleasure chemical dopamine coursing through their system.

Dopamine is one of the feel-good chemicals that our brain rewards itself with for doing something useful to keep us alive.

Our brain functions the same way in the modern world as it did 10 000 years ago and can’t differentiate between the real and virtual world.

Video games are popular for the same reason. Every time we beat the bad guy or score a goal, we get a shot of dopamine to reward ourselves with.

Marketers have realised this and tried to bring gaming to selling in a process called gamification.

Gamification is a way to include gaming mechanisms into everyday businesses. Pretty much every large company will use a combination of points, rewards, badges and even virtual currencies.

Companies use them to drive specific behaviours. Most often to spend more but also to get you healthier, safer, and more educated.

Points are the most widespread use of gamification. Usually, the points will have some value and can be redeemed in-store as a type of virtual currency. However, even if the points are not worth anything and all you have is a display in your store ranking the most valuable customers, it will still drive sales.

Airlines companies have been using them for the longest to drive loyalty and guide you to spend more. Often enough, the cheapest ticket comes with no points, whereas the second cheapest ticket gives you airline miles. In that case, passengers are literally giving up cash in exchange for points. As a result, people end up taking extra business trips and upgrading unnecessarily to get a “free” trip for their family at the end of the year.

Rewards are usually linked to a point system, but they also happen independently. For example, stores may have exclusive offers that are only open to customers who purchase a certain amount or accumulate enough points within a certain period.

Badges in games, show off your achievements in a game, and in the same way, your black card shows that you have achieved a certain status with your bank.

A game that is too easy or too hard is not rewarding. It has to be challenging enough, so just like how there are levels in games, you will find levels in most loyalty programs. There must be variety in the methods of winning, and the rewards must be useful.

A good game entices someone to play it again and again and not get bored.

Different companies have tried to use it in different ways.

NikeFuel is Nike’s own points system. The exact formula of how NikeFuel is earned was never revealed though the more active you were, the more Fuel you earned.

It drove loyalty by giving their most active participants, and thus most likely to buy lots of sports gear, specials and discounts.

Runners competed against each other, and they used leader boards and badges to display their achievements.

You could also share your achievements on social media, driving their presence online for little to no cost.

Nike+Fuel made you healthier but also made you spend more. In the process, they managed to collect important user behaviour data to help them make better products.

Duolingo is the most popular language-learning app and the most downloaded education app in the world.

From the beginning, their home page looks like a game with levels. You need to pass each level by learning a certain number of words to get to the next one.

You get experience points (XP) as your complete tasks and levels. You also get bonuses for passing a certain number of levels in a day and for having streaks of days that you learnt. In addition, you get “Lingots”, which is their virtual currency every time you level up. These Lingots can be used to buy virtual goods in the app.

They have literally turned learning a foreign language into a game and got over 100 million people to play.

Deloitte and many other companies know how important continuous learning is to maintain their market position.

Anyone who has been in corporate knows how staff will do anything to avoid the corporate instituted training. The problems were compounded as the most senior execs who needed the most refreshing were the least likely to be willing to attend these programs.

Once Deloitte implemented gaming mechanisms such as badges and leader board competitions, they doubled the amount of training done in the same period before gamification.

Gamification seems to work as well with older “stuffy” corporate types as it does with young gamers. It appears that we are never too old to play games.

Let’s say you have a restaurant, and you want to use gamification. While you previously needed specialised systems, you can easily buy an off-the-shelf system and create your own “game” with your own rules in-store.

Perhaps you are trying to drive up the number of breakfast patrons. You are pretty busy at lunch and dinner but only have a few people coming in for breakfast.

You can start by simply having a system where they get one complimentary breakfast for every ten breakfasts they buy. You can do this with a low-tech card and stamp system.

You can make it a bit more complex by instead giving them points. Perhaps if they spend $10, they get ten points. Each point may be worth 10c, so they are still getting 10% back, just in points now instead of a free meal. They can exchange it for anything on the menu.

Let’s take it up a level so that we can drive the specific behaviour we want. For example, you could offer double points on breakfast items. This will entice your regular customers who typically come in later in the day to now come for breakfast.

They will attempt to get a so-called free dinner by paying for more breakfasts.

And Badges, and leaderboards

You can then take it up another notch by adding badges. Just like you need to earn or spend a certain amount to get a specific color card from your bank, you can do the same in your restaurant. Black cardholders could gain access to secret menus or be allowed free add-ons.

Once again, they will spend more to get more “free” and exclusive items.

This will surely get them to play hard.