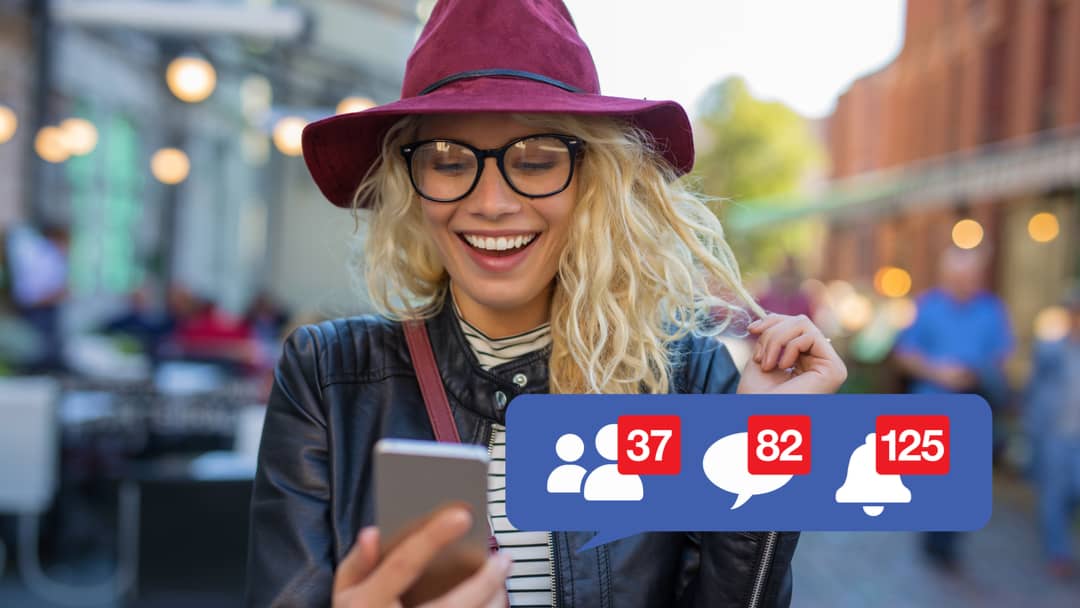 And how you can apply their techniques to your business.

Twitter hit 100 million active users in 2011 and 10 years later have 300 million users – That is awe-inspiring growth – They are one of the most popular social media networks globally.

However, compared to Facebook, they suddenly look slow and small

Facebook hit 100 million users in 2008, and four years later, in 2012, they hit 1 billion, and today they are approaching 3 billion active monthly users.

They have just not stopped growing. Most social media networks reach a saturation point of those interested in using their service. After that, they run out of new potential users, but Facebook has continued to grow year after year after year.

People have been calling the death of Facebook for the last ten years now, and not only have they not declined, but they have also continued to grow at the same incredible pace.

The most unpopular social network has taken over the world.

Their closest competitor is Instagram, with 1,3 billion users, which they acquired in 2012.

After acquiring Instagram, it grew from 100 million users to a billion users by 2018. That’s just one year slower than the amazing feat that Facebook pulled off the first time.

You can get lucky the first time, but if you pull of the same feat twice, you must have a strategy.

That strategy is called growth hacking.

Social media networks don’t make a lot of money per user. They need lot’s of users to make any money at all.

When Facebook hit a billion users, it made a profit of about 1 dollar per user per year. Compare that to Amazon that makes around $70 in profit per user every year.

If Facebook has to spend $20 to make you a user, it will take them as much as 20 years to break even, and they would probably run out of cash before that.

Social media networks must find cheaper and more innovative ways than traditional marketing to grow their user base.

Growth hacking is a way of marketing to quickly and cheaply test out different methods of growing either users or revenue.

It is generally used by early-stage start-ups with small budgets to try and quickly gain traction. However, it can be used by any business at any stage.

After all, who isn’t interested in growing their customers base at a low cost.

The only problem is that each company has to develop its own individual hacks. It’s not a copy and paste solution.

While it may be easier to increase your traditional advertising budget, finding quick and cheap ways to grow your business is, in fact, hard work.

So what are the steps?

The critical process that underpins growth hacking is a culture of continuous experimentation. The individual, team or company can’t get attached to any single method as they may become outdated.

On a regular basis, perhaps every week or every month, you would try out a new method. This method could be a new email newsletter or a new referral bonus to get new customers.

These methods need to be tested and tweaked regularly. Let’s say your cycle is every two weeks.

After two weeks, look at the results and see if the $10 coupon you give to anyone who refers a new customer does a purchase works. If it is working at $10, would it work twice as well at $20, doubling the number of new customers, or would it work just as well at $5, saving you a whole lot of money?

The only way to tell is to experiment continuously. So you have to tweak and adjust any method you use regularly.

Growth hacking is not about set and forget, it’s a method of continuous experimentation.

The first thing is to determine what you are measuring

I like tracking profits personally, but there are businesses with ambitions to grow revenue and customers first.

In his book Hacking Growth, Sean Ellis, one of the most famous practitioners of growth hacking, puts it down to four steps:

Look at what data you have available. Try to understand what you are doing and what the effects are. For example, how quickly has your revenue been growing, and what methods are you currently using to improve that.

Try to determine as accurately as possible what efforts have what effects. Whenever you put something into work, you need to figure out how you will track the results. This may not be true for your past methods but will have to be true for your new techniques.

The next step is to come up with new ideas. This could be something you read online, did some research on, or saw your competitor do. Regardless of the source, the point is to develop new ways that you think could increase revenue.

The ideas don’t have to be a radical change to what you are currently doing. It could simply be changing the messaging on your weekly advert, tweaking the word order on your Google ads, or even changing the colour of the buy button on your website.

Now that you have a bunch of ideas, you need to figure how to prioritize them.

For example, if your goal is to increase revenue, a good start would be estimating the revenue change. The purpose of growth hacking is also to test lots of ideas, and that is why it’s essential to see whether they can cheaply and easily be implemented.

You don’t need to overcomplicate and analyze it to death as the point is to move quickly.

Let use a simple 3-point scale for 3 categories.

If we give each a score out of 3, we can take the idea to change the color of the buy button as an example.

You can do this for your own ideas to determine which one you will try first.

Now that you have a list of prioritized ideas, it’s time to test them. You need to first determine what time frame you will use and what will be the metrics to determine success.

Ideally, you want to test it on two groups, one where you continue as before and another where you are trying the new marketing idea on.

The time frame could be two weeks or two months, depending on the type of business you are running. The quicker you can find the results, the faster you can grow your business.

You have to be very firm upfront to ensure that you produce quality results. Your sales fluctuate and may increase or decrease for unrelated reasons, so your test needs to be able to determine causation.

Once you have your results, you need to start doubling down on what works and throw out what doesn’t.

The experiments don’t have to be costly or complicated as you are just trying to get slight improvements continuously to add up to massive growth at the end of the year.

One of Facebook’s most popular experiments was merely deciding how to ask new users to invite their friends. They changed things from the wording to the number of people they asked you to invite. This had a massive impact on their growth, even though it doesn’t cost much at all.

When you finish the cycle, you start at the top again to analyze your results, add new ideas and run further experiments to see what works for you.

The thing about growth hacking is to keep it simple and be disciplined. As soon as we see some growth, we tend to let our foot off the gas pedal, and eventually, it catches up to us.

It’s recommended to have a person or a team dedicated to continuously working on this growth hacking process.

If it’s just you, then dedicate a time every week to focus on it.