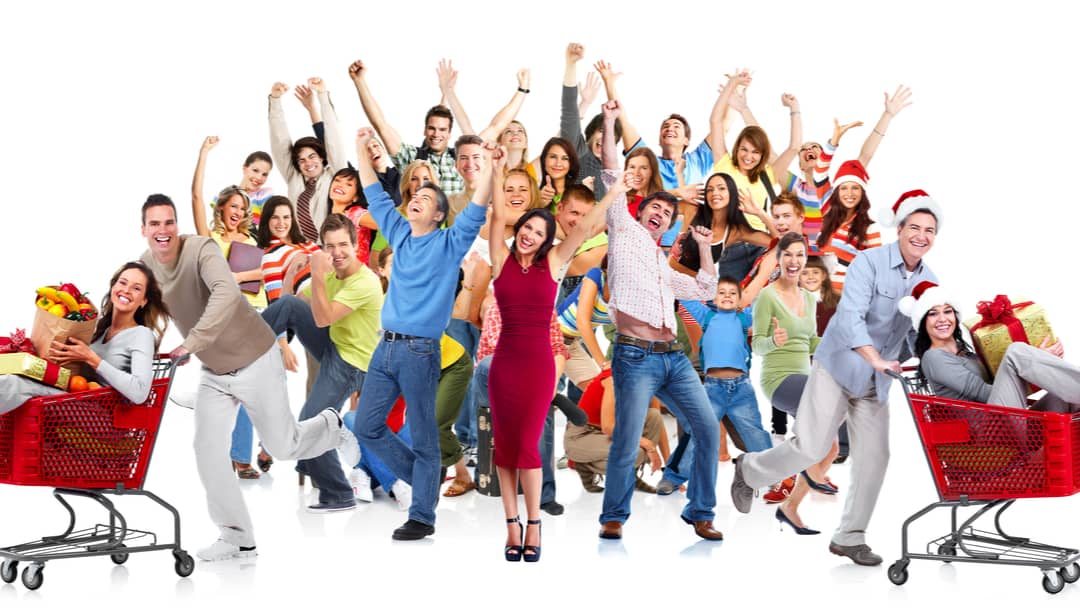 If you don’t keep things interesting and exciting, your partner will get bored and eventually move on to someone else.

You may be the best partner for them, but it will grow stale if you neglect the relationship, and they’ll start wondering what else is out there.

The same is true for your relationship with your customers. You may have the best product or service for them, but they’ll start seeing your competitors if you can’t keep them interested.

One of the easiest ways to keep your partner interested is to change your look now and then. General Motors used this concept to great effect in the 1920s.

Henry Ford famously stated that you could have the Model-T in any color, as long as it’s black.

In the early 1920’s the chemical manufacturer Du Pont, which made car paint bought General Motors.

They realized that they couldn’t compete with Ford on price or performance. Ford was a clear market leader in these aspects.

While ford was hard at work developing cars that were even more reliable, General Motors new owner decided to try a different strategy.

They focused on variety instead. They decided to bring a whole new range of colors to cars.

While Ford released a new model every couple of years, General Motors instead released a few new colors every single year.

General motors customers were even less worried about long term reliability. They eagerly swapped out their old cars for new the new color range as often as they could afford it.

By the late 1920s, General Motors was outselling Ford, who arguably had a cheaper and more reliable model. Eventually, Ford had no choice but also to join the color revolution, but they could never keep up.

For better or for worse, customers favor new over better.

In the same way, that spontaneity keeps the spark in your relationship. You must do the unexpected to continue to stand out with your customers.

If you do something unexpected and memorable, you won’t have to spend a fortune on advertising as your clients will share the message for you.

We are inundated with advertising daily. We unconsciously close that pop-up ad without even looking at it. We turn to our phones while that TV commercial is playing.

We change the radio station while the ads are running.

We are so used to advertising that we have trained ourselves to zone it out.

You probably passed a big flashy billboard on your way home from work today but most likely can’t even remember what it was about.

To be noticed, you need to be unexpected.

Doing the unexpected is risky, and that’s why we see smaller and upcoming businesses more willing to take the chances.

If you don’t get noticed first, nobody will realize how good your product is.

Coca Cola’s marketing team came up with a brilliant concept. They created what they called “Happiness Machines” and placed them inside college campuses.

Students attempted to buy Cokes from the vending machine as they normally would. Though unexpectedly, the person hiding inside it handed them pizza’s, balloons and even flowers through the slot.

Of course, this was all caught on camera and shared millions of times around the world. They got tens of millions worth of advertising coverage for a couple of thousand dollars. This was all thanks to their unexpected marketing strategy.

You have to try new things to see if they’ll work for you. Trying new things involves risk, but doing the same things will cause the relationship to go stale.

You might try some exotic food that neither of you has tasted before or a hobby that’s new to both of you. It might work out well, or it might not, but if you don’t try, you’ll be stuck in the same rut.

You may have seen your favorite company release a limited-edition color or flavor. You may also realize that sometimes these limited editions are available forever.

What’s going on, is these companies are experimenting on you.

By claiming that the product is a limited edition, they reduce their risk. If it doesn’t sell well or receives terrible reviews, they can just cut the experiment.

On the other hand, if it becomes wildly popular, they may release it again after a few months while they ramp up production.

Eventually, the successful products become permanent, and the less popular ones disappear forever.

You can do the same with your products and marketing. What you are doing might be working, but you won’t know that something else could work even better unless you try new things.

The key to a good relationship with your partner is communication. If you don’t ask them what they want, you’ll never know.

In the same way, if you don’t ask your customer what they want, you’ll never know.

Sure, you could keep guessing and experimenting with new products and ways of doing business, but just asking is much easier.

You may be thinking about whether you should offer your in-store products online.

You could take the time to set up the website and pay for the development of an online store. After spending a small fortune, you can hope that customers will use your new online portal.

You could also ask your customer or potential customers if it would interest them.

When your customers walk into your store, ask them if they would like home deliveries and comfortable purchasing online.

You can create a free landing page with Survey Monkey to ask potential clients if they would be interested in buying your products online. Then, spend a few bucks on Google ads to target your ideal customers and bring a sample of them to the survey.

You also have to do the same to understand their concerns. Customers may not be willing to come forward with problems or issues. They may choose instead to give you the silent treatment and move on.

If you don’t try to solicit feedback, you may never find out what’s wrong.

Your customer will be less loyal than your partner. If you mistreat them knowingly or unknowingly, they will move on without a word.

At every point in the process, try to ask for feedback from your clients so that you don’t lose them and keep the ones you do spending more.

The same relationship advice you’ll give a couple stands true here as well. First, you have to be yourself. You can only keep up the act of being someone else for so long. Eventually, you’ll get caught out and lose their trust.

By copying them, you’ll be a bad version of them instead of a great version of yourself.

You have to make sure that with all the experiments and changes you do to your business, it still stays true to its roots.

You have to evolve your business over time into a better version, but you don’t want to evolve into one of your competitors.